The statistics collected by World Athletics on the online abuse against athletes at the world championships in Oregon22 will help make safeguarding policies mandatory for its Member Federations by the end of 2023. Below is the press release: 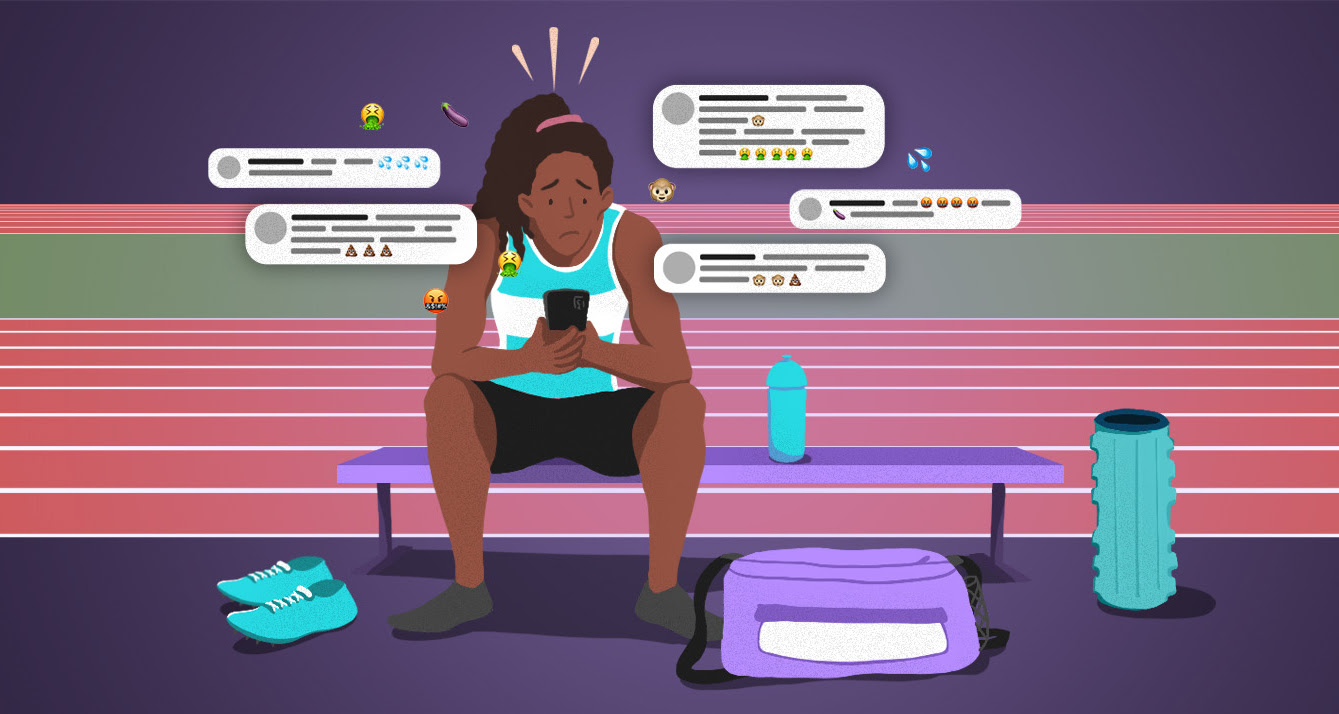 In line with its commitment to safeguarding on and off the field of play, World Athletics today (2) publishes findings of a study conducted during the World Athletics Championships Oregon22 to identify and address abusive comments sent to athletes via social media.

It is the second study of its kind in athletics following the Online Abuse Study that World Athletics conducted during the Tokyo Olympic Games, which revealed disturbing levels of abuse of athletes and unequivocally highlighted the greater levels of abuse female athletes received in comparison to their male counterparts. This has informed World Athletics’ wider safeguarding policy, which was launched in November 2021 and updated in July of this year to make safeguarding policies mandatory for its Member Federations by the end of 2023.

This year, coverage was extended to Instagram, meaning athletes were protected across the two platforms on which abuse is most likely to be detected. In addition, World Athletics monitored almost three times the number of athletes compared with the Tokyo Olympic Games.

The results of these two studies are guiding the strategies World Athletics is employing to address the issue of online abuse and will help World Athletics to work more closely with social media platforms to tackle the issue.

To further protect athletes and gain an understanding of online abuse surrounding the World Athletics Championships Oregon22, the accounts of 461 competitors (derived from a list of 487 athletes with at least one active account, provided by World Athletics) across Twitter and Instagram were monitored for a period starting on 10 July and ending 1 August 2022. The timeframe was designed to detect any abuse leading in and out of the World Athletics Championships Oregon22, as well as during the event itself.

Recipients of abuse and frequency of posts

In this timeframe, 427,764 posts and comments on Twitter and Instagram were captured for analysis. This included text analysis, through searches for slurs, offensive images and emojis and other phrases that could indicate abuse. AI-powered Natural Language Processing was used to detect threats by understanding the relationship between words (allowing it to determine the difference between “I’ll kill you” from “you killed it”, for example). A post on Twitter refers to any tweet in which an athlete’s @ handle was mentioned, while a comment on Instagram refers to any comment made in response to an organic, in-feed upload by an athlete.

“The results of this study are disturbing but it’s important that we know where and how our athletes are being abused on social media so we can take steps to protect them and prevent future occurrences,” World Athletics President Sebastian Coe said.

“There is no place for abusive behaviour in our sport and we need to send a clear message to those who think athletes are fair game for this mistreatment. We won’t hesitate to sanction individuals who abuse our athletes where we can identify them. We have a duty to safeguard our athletes to the best of our ability and that is why we have developed robust safeguarding policies to set the standards we want to see in our sport.”

Breakdown of abuse types in Oregon

60% of all detected online abuse was sexual or racial in nature, with racism comments depicted in the form of offensive deployment of the N-word, and in the use of monkey emojis against black athletes. This ‘weaponisation’ of emojis as part of racist abuse is now common online.

When abuse types were broken down by gender, half of all abuse targeting female athletes was of a sexualised nature. Abuse targeting male athletes tended to include general slurs, with a significant proportion (29%) of racist abuse also detected.

As part of the analysis, all flagged abuse was placed into categories of seriousness, each with recommended actions.

59% of abusive posts were deemed to warrant intervention from the social platforms, with 5% considered so egregious that World Athletics is considering further sanctions against these individuals, including sending evidence and reports to national law enforcement agencies.

Jonathan Hirshler, CEO of Signify Group, commented: “Running a second follow up study with World Athletics illustrates the importance of on-going tracking of these issues as well as proactive stakeholder intervention. With the social media platforms currently in a state of flux and the introduction of new regulatory initiatives to deal with the poison of online abuse, it has never been more important to have a clear understanding of what athletes are facing online, the tactics being used to target abuse and the performance of platforms in dealing with this content.”

Further to the data uncovered in the study, something that became apparent during the World Athletics Championships is that not all abuse happened on the athletes’ accounts. Some was found in the comments sections of media outlets and other organisations covering the event. World Athletics is exploring ways to better monitor and address this type of abuse, and will continue to conduct research in this area and use findings to further eradicate online abuse from both its own channels as well as those of our athletes.

Since the launch of the Safeguarding Policy, World Athletics has taken a number of steps to ensure athletics becomes a sport free from harassment and abuse and has created a number of resources for Member Federations and other stakeholder groups to ensure this is the case in all regions of the world.

All Safeguarding materials are available in seven languages and provide clear steps for Member Federations to be able to implement their own Safeguarding Policies by the end of 2023 and are accessible via a newly-launched dedicated Safeguarding section on the World Athletics website.